Below are the direct notes from the Stapleton United Neighbors (“SUN”) meeting for September 2016.  If you want to check SUN out in person you are always welcome, here is the SUN website.

·         New CRO introduced: Officer Marika Putnam,marika.putnam@denvergov.org (720-913-1405). Officer Putnam is replacing Armando Cruz who will be working as a resource officer with children in schools!

·         Our other CRO is Officer Sherikera Heflin Herrera, sherikera.heflin@denvergov.org (720-913-1417). Officer Herrera will return after completing additional training (where she is currently).

o   Theft from motor vehicles, up 16% but down year to date.

o   The issue has been raised to convert 29th ave from Quebec to Rosyln: making it a pedestrian-only area.

·         Increased presence during drop-off has been noticed by parents of elementary school kids particularly at Swigert.

The I-70 reconfiguration team

o   2035 projections: Population grow by 42%, Employment increase 58%, Build out of major corridor projects: National Western Center, Gaylord, Stapleton, Aerotropolis, Traffic increase to up to 270,000 vehicles daily, Congestion increase to 12 hours (half the day) without I-70 improvements

·         What? Phase 1: One additional Express Lane in each direction (similar to US 36 and North I-25 between US 36 and 120th Avenue), Removing the 50-year-old viaduct and lowering the interstate, Constructing new 4-acre cover over the interstate

o   Current number of through lanes must be maintained during construction

o   Construction will be done in phases, Developer will determine details of phases

o   Fixed and variable message signage on the highway with notifications

·         Note: rerouting traffic up 270 and back down 76 and taking away the interstate function of I-70 as some have proposed would increase traffic on non-interstate roads in north Denver by 50% or more.

·         Timeline: launched 3 years ago speaking at a SUN meeting at Bill Roberts, when the flightline team was planning a beer hall. A series of inspections will begin immediately, with businesses opening end of September/Early October, mid-October another wave (including Sweet Cow and the beer hall), Final openings around Thanksgiving.

o   Stage configuration will point sound towards the building.

o   An event center is indoors

o   Neighbors on all 4 sides have had opportunities to give input. Stanley team has made efforts to be proactive and responsive.

·         Punchbowl is moving forward again and yesterday announced that a groundbreaking occurred earlier this week.

§  September 30th – Barrel drop-off: The schools and other drop-off locations that accepted to receive donations will receive Food Drive barrels

§  October 1st – 1st Day of the Drive: Volunteers will be dropping the donation bags to 7,500 homes in Stapleton and surroundings communities.

§  October 8th – Bags Pick-up: Food Drive Volunteers will go pick the bags filled and left in the front of the homes in Stapleton.

o   The Drive is hosted by New Perspective Real Estate (www.npreco.com) to benefit the Food Bank of the Rockies (www.foodbankrockies.org) and neighborhood school pantries. This charity event is a registered 501c3. 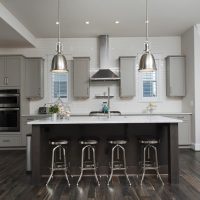 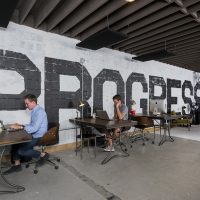 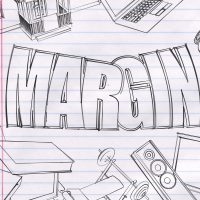 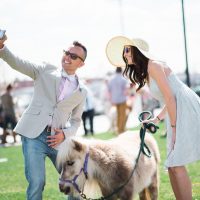 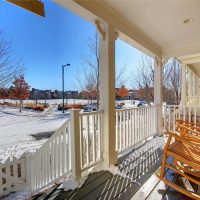 This Week in Stapleton Real Estate 2.1.19 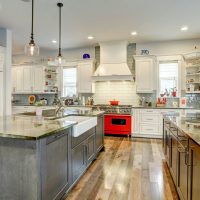 The BEST Drives for Fall Foliage in Colorado
September 17, 2021

Meetings to Attend throughout the Build Process – Tips on Purchasing from a Home Builder On:
Building a New Home: My 4 Best Tips for Your Pre-Drywall Walk
2021-06-27 14:26:49
Categories