There’s a lot going on in Stapleton these days!  Northfield is growing every day, the Central Park Boulevard light rail development is picking up steam, and the south side of Stapleton is full of development news.

As a local Stapleton realtor and resident, I’m always tracking the latest and greatest “coming soons” on the residential and retail front for our wonderful neighborhood.  Here’s a sneak peak at some of the new stores and projects that have recently opened, or will be opening soon!

Sprouts currently anticipated to open in less than 12 months 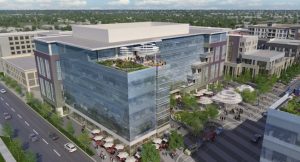 Rendering of The Village at Central Park Station

A new Sprouts grocery store will be opening at the Transportation Oriented Development – the vacant land immediately south of the light rail station next to Central Park Boulevard – in less than a year according to developer David Friedman, who recently spoke at Stapleton United Neighbors’ 2019 Annual Community Forum.  While Sprouts has been delayed several times, it appears the project is now on track for an estimated May 2020 opening with groundbreaking occurring in June.  The new grocery store will be approximately 30,000 square feet and located between 35th and 36th streets.

Sprouts is anchoring the new light rail station development, which is being called the “The Village at Central Park Station.”  The Village will be one of the final large developments on the south side of Stapleton and could be an incredible economic and lifestyle driver for the community, with offices, chef-driven restaurants, a large pedestrian plaza, and more.  Check out our update below for more news on the light rail development.

Last, a quick shout out to SUN for diligently tracking and reporting on the TOD project – love you guys!

Developers are pursuing development of “Watering Bowl,” a dog-friendly restaurant, bar, and outdoor entertainment complex near the Stanley and Progress Coworking (our coworking office). Watering Bowl could include volleyball courts, bocce ball, and outdoor patios – making it a perfect summer destination for Stapleton residents. You can see plans for the redevelopment here.

Watering Bowl would be located at 2323 Dayton Street in Aurora.  While I don’t have an estimated opening date to report to you yet, we’ll continue to track the latest on Watering Bowl and post updates in the Scoop. 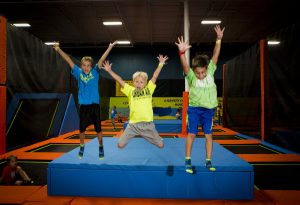 Urban Air is opening in June

Urban Air Adventure Park, Stapleton’s new trampoline and ultimate adventure park, is opening June 15 at 10 AM.  The indoor park is located a few blocks east of the new Starbucks on 40th Avenue, just south of I-70.

What attractions does Urban Air have for your bouncy kiddos?  And did I hear something about Urban Air serving locally-sourced beer and wine to parents while their kids jump the day away?  Be sure to check out this Scoop post to learn all the details:

The Inside Scoop on Stapleton’s New Urban Air Adventure Park 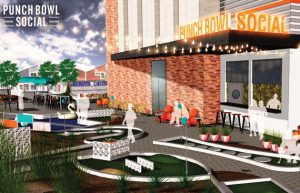 For all you young and old golfers out there, Punch Bowl Social is constructing a miniature golf course.  Punch Bowl Social anticipates that the new course will open on June 20.
The aptly-named “Putt Club” includes 18 holes of golf fun on the large patio area and will be a great addition to Stapleton’s centerpiece retail establishment in the old Stapleton airport control tower. 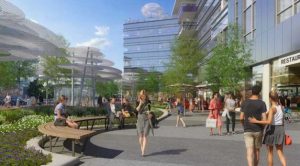 Rendering of the outdoor plaza

In addition to Sprouts, The Village at Central Park Station could also include approximately 12,000 feet of additional retail.  We’re also anticipating a new hotel, a row of condominium townhomes on Uinta Street (three stories tall and conveniently located next to Sprouts!), and a large condominium complex with several hundred units on the northwest corner of the parcel.

Outside of Sprouts, The Village should start moving forward later this summer.  Here at Focus Real Estate we’re following the condominium and townhome projects, as well at the entire Village, very closely.  Right now we believe that the transit and Sprouts-friendly townhomes and condos will be priced between $200,000 and $600,000 for one and two bedroom luxury units.  There will also be a number of income-qualified condos.

If you’d like to learn more about reserving units, build-out costs, parking, qualification requirements for the income-qualified units, or any other information, shoot me a note at Mariel@Focus-Realtors.com.  Similar to our detailed North End updates (visit us at HomesInNorthEnd.com if you’d like all the details on Stapleton’s new North End neighborhood), we’ll be sure to give you the inside scoop on all the details you need to know about living next to Sprouts and the light rail station – and getting the best unit for you!

Drop-in Childcare in Stapleton? The Inside Scoop on Tinker Town, Opening in Eastbridge Soon 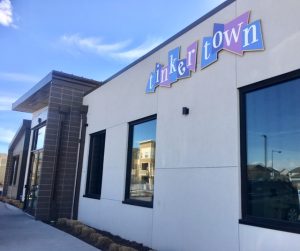 Prestige Preschool Academy opened in early May.  Located in Beeler Park, Prestige offers care for children ages 6 weeks to 6 years and is open during working, parent-friendly hours – 6:30 AM – 6:30 PM Monday through Friday.  Here’s our inside scoop on Prestige:

Last but not least, though this is very early, Stapleton United Neighbors Zoning and Planning (ZAP) committee meeting agenda from March 12th included discussion about a potential new Primrose School in Stapleton’s newest neighborhood, North End.  The school could be located at Elmira and 59th, close to North End’s fabulous pool.  We’re following the latest and greatest on a potential new Primrose very closely and will post more information via Stapleton Scoop when we learn more 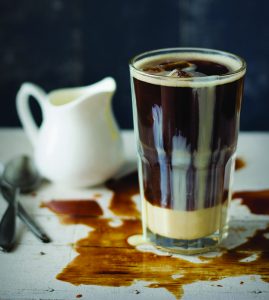 There’s a new coffee shop coming to Stapleton.  Sweetwaters Coffee & Tea will be located in the Mint Town Center at 7545 E. 29th Place.  Sweetwaters, which offers premium, real ingredient-focused beverages with a unique global and Asian influence, is on track for a late June or early July opening.

Be sure to check out Sweetwaters’ delicious French Vietnamese Au Lait, Imperial Milk Tea, and Abianno Espresso, their Italian-style espresso roast.  Check out this Scoop post for more on Sweetwaters:

Fire Station No. 39 opens in Northfield 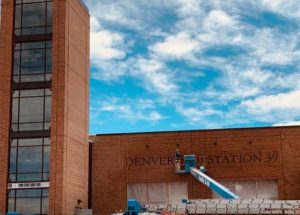 Last but not least, Fire Station No. 39 opened in Northfield in late May.  The beautiful new fire station was welcomed into the community by Mayor Michael Hancock, and the firefighters even responded to two calls before and during the ceremony!

Interested in learning more?  Check out the Scoop’s coverage here:  Calling all Firefighters! Northfield Fire Station No. 39 is Nearing Completion!

We also have videos of Mayor Hancock and other Denver Fire Department and government leaders speaking at the grand opening on Stapleton Scoop’s Facebook page here.

If you have a local business or project coming to Stapleton soon, be sure to reach out to us at the Scoop!  E-mail me any time (Mariel@Focus-Realtors.com) or Joe Phillips (Joe@Focus-Realtors.com).  We’d love to help you get the word out!

Mariel Ross is a real estate broker and co-owner of Focus Real Estate. She is a regular contributor to The Scoop and loves to write about local business news, new home construction, and anything related to "big data"

Other posts by Mariel Ross