Good news for Stapleton and N Aurora residents, Aurora City Council approved the Westerly Creek Village Uraban Renewal Plan this week. For those of you that don’t know Westerly Creek Village for the most part is the area bounded by E 26th Ave on the north (Stapleton), just below Montview on the South, Westerly Creek on the West and midway through Emporia on the West.  (At the bottom of this post I put a link to the Urban Renewal Plan which includes some really clear maps..the area isn’t a perfect rectangle and it’s hard to describe)  When you’re on 26th Ave near Westerly Creek in Stapleton looking South it’s where the Stanley Aviation building is as well as the surrounding commercial buildings.  It’s not much to look at, which is why it’s great that the City of Aurora has approved the area as an “Urban Renewal” area.  In addition to the commercial area it also includes the vacant strip of land along 26th Ave (where Forest City is proposing to build a park with much public debate).  This area is really our South border in Stapleton and in my opinion the vacant blighted commercial area is one reason why some Stapleton residents are skeptical about the street connections into N Aurora that are coming in the near future.  Wouldn’t it be great to have instead of blight “a mix of shops, restaurants and businesses that serve not only the residents, but the adjacent developments (such as Stapleton!)” as described in the plan’s vision.   Connectivity to a redeveloped, walkable, vibrant mixed use area sounds good to me and this Urban Renewal designation for the area is a step in the right direction.

I went to the Aurora city council meeting and heard both Stapleton and N Aurora people speak in favor of the Urban Renewal designation.  All parties agreed it was in dire need of redevelopment and that the area is hungry for new retailers, healthy eating options, attractive commercial buildings and jobs for the area.  Nadine Caldwell, 55 year resident of NW Aurora and former City Council member, put it best when she described how Aurora was losing all the tax revenues from shoppers leaving this area and traveling to Denver to go to grocery stores, restaurants and businesses for all their needs when this blighted area could be converted into something useful and valuable to the community.  For Stapleton residents this area has huge potential to provide more walkable amenities, especially for Eastbridge and Bluff Lake residents that can’t easily walk to any retail.

After the meeting I spoke with a representative of Aurora to learn more about the Urban Renewal plan and what it means.  The plan’s stated goal is to “facilitate redevelopment in order to reduce, eliminate and prevent the spread of blight with the area.  A secondary public purpose of hte plan is to stimulate economic growth and investment within the area boundaries”.  Sounds great, so how doe it work?  He explained it well.  Basically its like the City setting the table for redevelopment.  The city won’t actually purchase and redevelop properties (they can but rarely do) but now that the plan is in place they will work with developers who want to build projects  that fit within the plan’s framework and desired uses.  So it’s basically a signal to the market that this is an area the City wants redeveloped and they’re going to encourage projects in the area.  It also allows developers to tap into Tax Increment financing “TIF financing” with the City, which is critical.  TIF finnacing is when the municipality sells bonds to provide capital for development and infrastructure projects and then the bonds are paid back through the increase in revenues to the City that occur because of the increased property taxes that occur when the real estate in the area becomes more valuable.  TIF financing helps fill the gap for developers and provide them with capital to make otherwise financially unfeasible projects possible.  In addition, the power of eminent domain can be used, which means if the City needs to it can force landowners to sell their property at a fair value to them so that the plans for the area can be accomplished.  I’m sure they’ll try not to use eminent domain but it is there for them as a tool if needed.

It won’t be a quick and easy redevelopment area so even though the approval of the Urban Renewal area is good it’s just a starting point.  There are a lot of property owners in that area (making it difficult to get consensus), there are environmental issues to deal with and there is old zoning that has to be adjusted.  It sounds like a long haul but at least this area is moving in the direction which is good for anyone in NW Aurora or Stapleton.  As a Stapleton resident and landlord in NW Aurora I’m excited about the potential for the future.  I look forward to the area being a mixed use, walkable area that will benefit everyone around.  It sounds like the plan is to integrate the Westerly Creek Greenway into whatever is developed in the area and that there will be a preference towards small-scale, pedestrian-oriented neighborhood retail uses rather than “big-box” retails centers.  This is fine with me, we have enough big box stuff already and I think some smaller shops walkable shops would be welcome.  (I know retailers need traffic though and that usually means they need automobile traffic unfortunately so I’m curious how this area that is tucked away from high traffic would do in terms of retail real estate.)

To view the full Westerly Creek Village Urban Renewal Plan click here.  Feel free to share this with anyone you know who may be interested in the area.

Al always, if I can be of service to anyone looking to buy or sell a home in Stapleton or the surrounding areas I’d love to help! 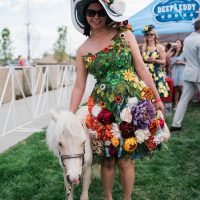 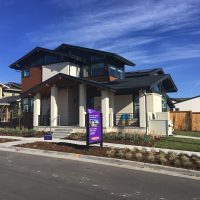 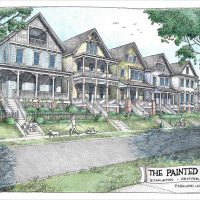 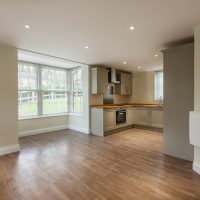 The Final Walk – Tips On How To Do A Punch Walk 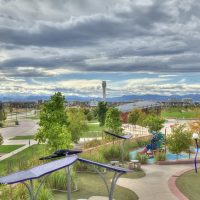 6 New Amenities Stapleton Has To Look Forward to in 2016! 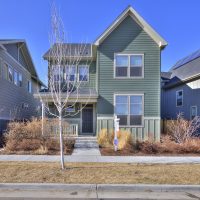 Does My Roof Have Defective Shingles?
October 22, 2020