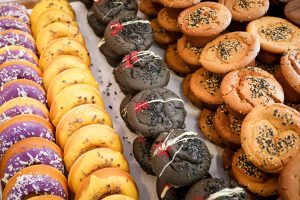 Third & Logan launched with a three-day soft opening on Friday, June 5, which was also National Donut Day. The business is run by the team behind Logan House Coffee Co. and will feature products from Logan House and from Third Culture Bakery, home of the Original Mochi Muffin, inspired by the traditions of Hawaiian mochi and flavors from across the globe.

Third & Logan was born out of necessity, says Logan House owner Andre Janusz: “After Glazed & Confuzed closed in December, I thought, well, Stanley can’t be without donuts.” Janusz met Third Culture founders Sam Butarbutar and Wenter Shyu, who were in the midst of opening their first Colorado location on East Colfax, and put a plan together to combine forces in the former Glazed & Confuzed space at Stanley. 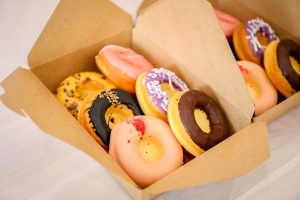 Third & Logan carries a selection of mochi-based pastries from Third Culture Bakery, including mochi muffins and mochi donuts, as well as cold brew coffee and matcha on tap. After a soft opening this past weekend, Third & Logan officially opens on Wednesday, June 10. 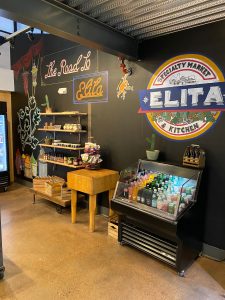 Serber took over the kitchen at Stanley’s resident butcher shop The Juniper Pig two years ago, and purchased the business from its owner earlier this year. After Stanley Marketplace closed on March 15 due to what became a statewide shutdown, Serber transformed the space into Elita.

“To be quite honest, the emotions and fear that come along with a time like this have been tapered down by the space and time we’ve had to recreate this business,” Serber said. “We were in transition when the pandemic hit, which gave us the sense of being a small seed underground, ready to sprout as our community reopens.”

Stanley Marketplace was closed for 73 days due to Covid-19, and re-opened to the public on May 27, following several new health and safety protocols. Stanley’s interior businesses are currently open from 11 a.m. to 7 p.m. Starting this Friday, June 12, Stanley’s interior will be open from 7 a.m. to 9 p.m. each day. Stanley To Go, a curbside pickup and delivery program featuring a dozen Stanley businesses, runs every day. Backyard at Stanley is a new summer program at the marketplace, featuring large tents where customers are able to enjoy food and drinks from Stanley businesses in shaded, outdoor spaces. The annual Stanley Farmers Market resumes on Friday, June 12. 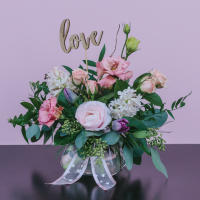 How to Wow your Valentine this Year! 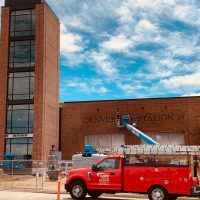 Calling all Firefighters! Northfield Fire Station No. 39 is Nearing Completion! 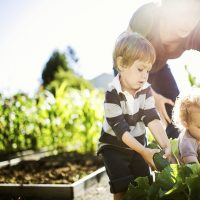 Build Raised Bed Gardens With Your Stapleton Neighbors – Here Is How! 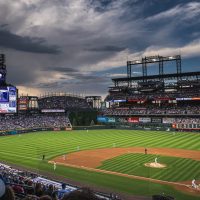 Colorado Rockies Baseball is Back! Here’s What You Should Know about Seeing a Game 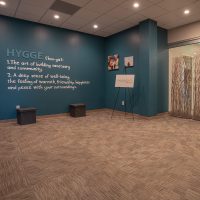 The Inside Scoop on the New Hygge Birth and Baby Center 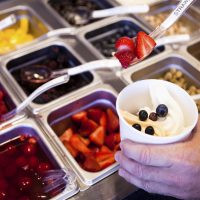